It stops bleeding when applied by pressing on the wound or cut for a short time. Ankaferd Blood Stopper Push&Stop Tampon can be used safely in all patient groups including hemophilia, diabetes and hypertension patients and in all age groups of pregnant, child and elderly. 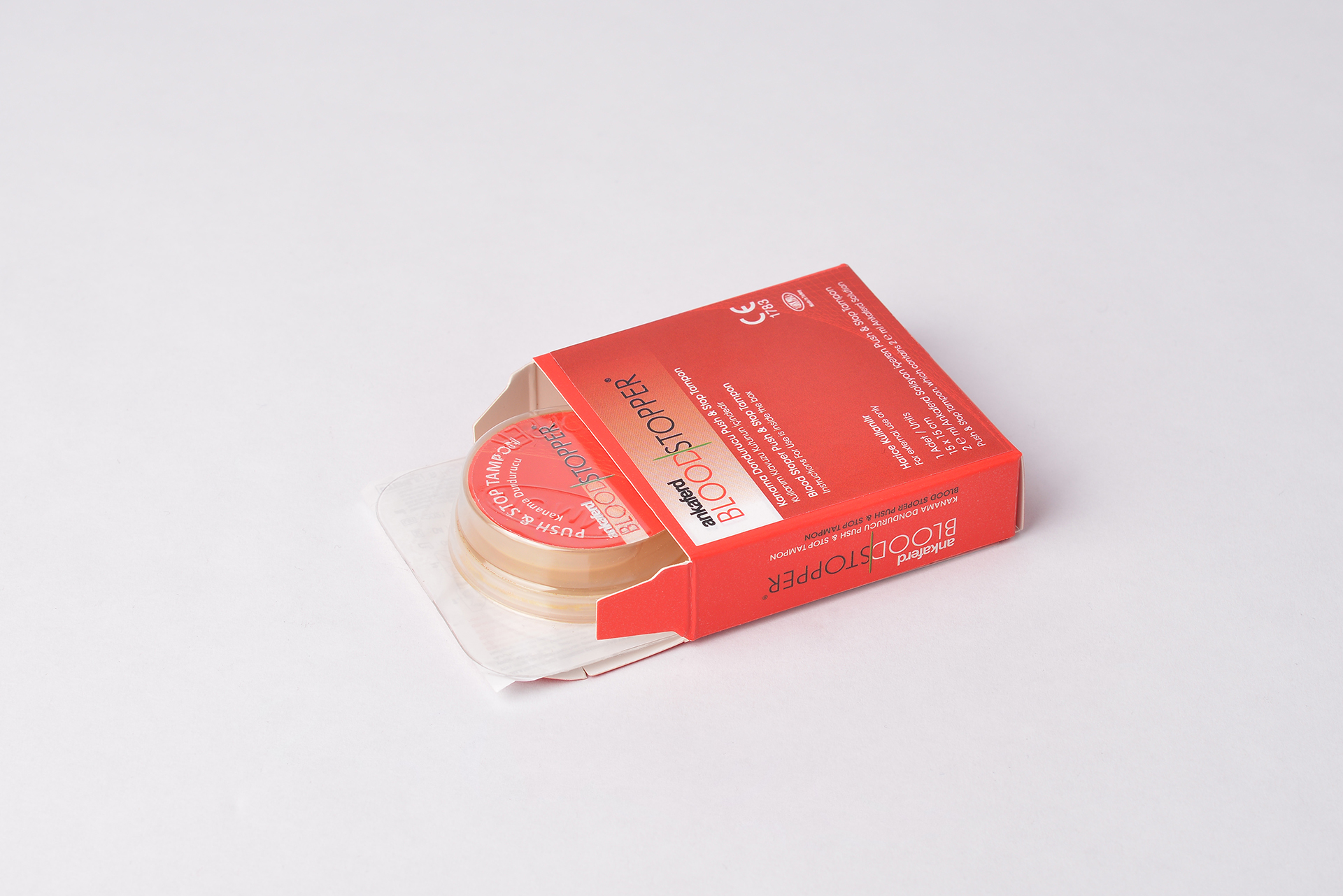 1. Put the product on a hard surface and push the mechanism down by pressing the middle of the upper label. Wait until the spunlace cloth absorbs Ankaferd Solution. With a single push of your finger, the mechanism works and the dry cloth absorbs the solution and turns into a bleeding stopper. The tampon opened by getting wet is ready to use, you can use it easily.

2. The Ankaferd Blood Stopper Push&Stop Tampon that comes out of it is closed on the bleeding area and pressed to control the bleeding. 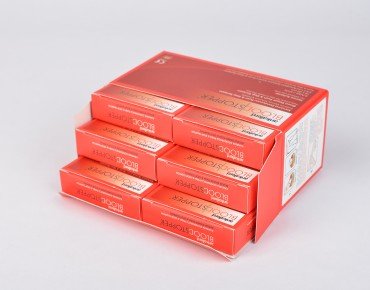 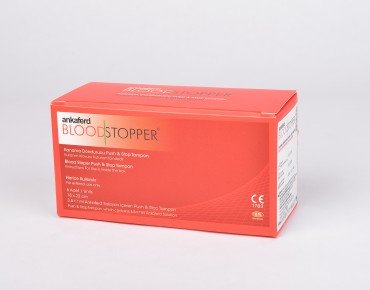